St Aidan’s on the Hill Normandale/Maungaraki

St Aidan’s on the Hill has a new Banner 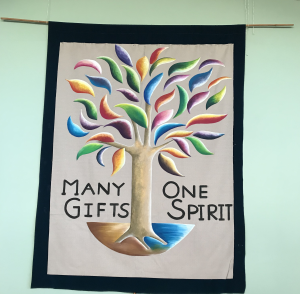 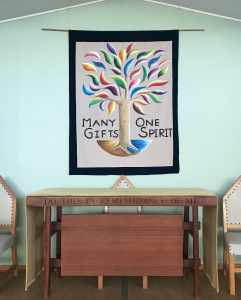 As a body of Christ, we have many gifts in the spirit,

to the Glory of God !

Service: Sunday at 9am followed by morning tea and fellowship

Junior Church: Sunday mornings during the service. A stimulating place for pre-schoolers and school-age students.

Cafe Service: Replaces the regular service on the first Sunday of the month starting at 10am

Open Door (for seniors): a lunch meal fortnightly on a Friday. Transport is available

OPEN DOOR is a lunch meal provided fortnightly on a Friday at 12:00pm for senior citizens and others. Transport can be arranged if you’re within the boundaries of Lower Hutt city by contacting Val on 04 589 5934. A nominal donation is asked for to cover the costs of the meal. The location is St Aidans on the Hill which is on the corner of Poto and Stratton Sts Normandale. If you’d like to assist with the community facing work please phone Val.

For all queries regarding room bookings at St Aidan’s on the Hill please contact Caroline Dunbar via email at carolineatst.a@gmail.com 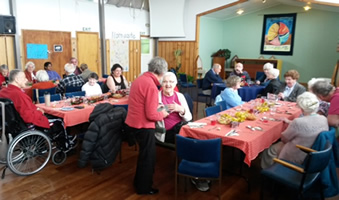 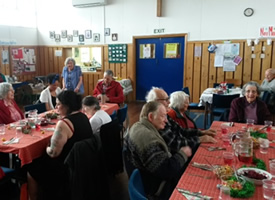 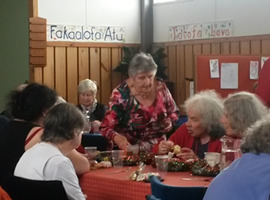 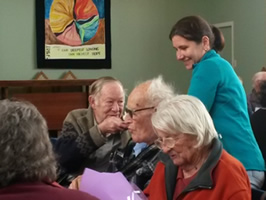 Mainly Music runs at Saint Aidan’s-on-the-Hill on a Thursday from 9:30am during the school term followed by morning tea and play until 11:00am. The church opens from 9:00am.

The history of this church began in 1919 when Mr J.F.Buck a local resident began a Sunday school in the old Normandale School. Later this was incorporated into the Parish of St Stephens, Woburn Road and monthly church services were begun by The Rev. J Lopdell [with a break during the decade around WWII].

In 1958 the land on which the church now stands was purchased and initially services were held. in a small cottage on the property. In 1964 the building of the church commenced, with much of the work being done by volunteer labour and was known as the Normandale Church Centre. Many of these volunteers were at the same time building their own homes. Although basically Presbyterian, it was an ecumenical congregation with people from several denominations worshipping together and this is still the case today.

In 1967 a joint use agreement was entered into by the Anglican, Methodist and Presbyterian churches. The congregation shared Presbyterian Ministry with St Stephens and the other denominations took regular services. The Anglicans continued to hold regular Services until 2001, even after the formation of the Hutt City Uniting Congregations in 1995. In 1980 parishioners considering a new name for their church sought advice from Rev. George Dallard, an authority on the lives of Saints, he suggested St Aidans on the Hill which was greeted with enthusiasm by the congregation.
A small caring congregation it has many links within the community.

In the mid 1990’s Normandale Playcentre was destroyed be fire. The church premises were made available for Playcentre to use until they could rebuild. Every year since, a Christmas service and morning tea has been held for the little ones and their caregivers. The Open Door programme for the Elderly is the only community project on the hill for the older generation. Recently started is a mainly music programme for the under 5’s and each Thursday the building shakes with the dancing of young and old.