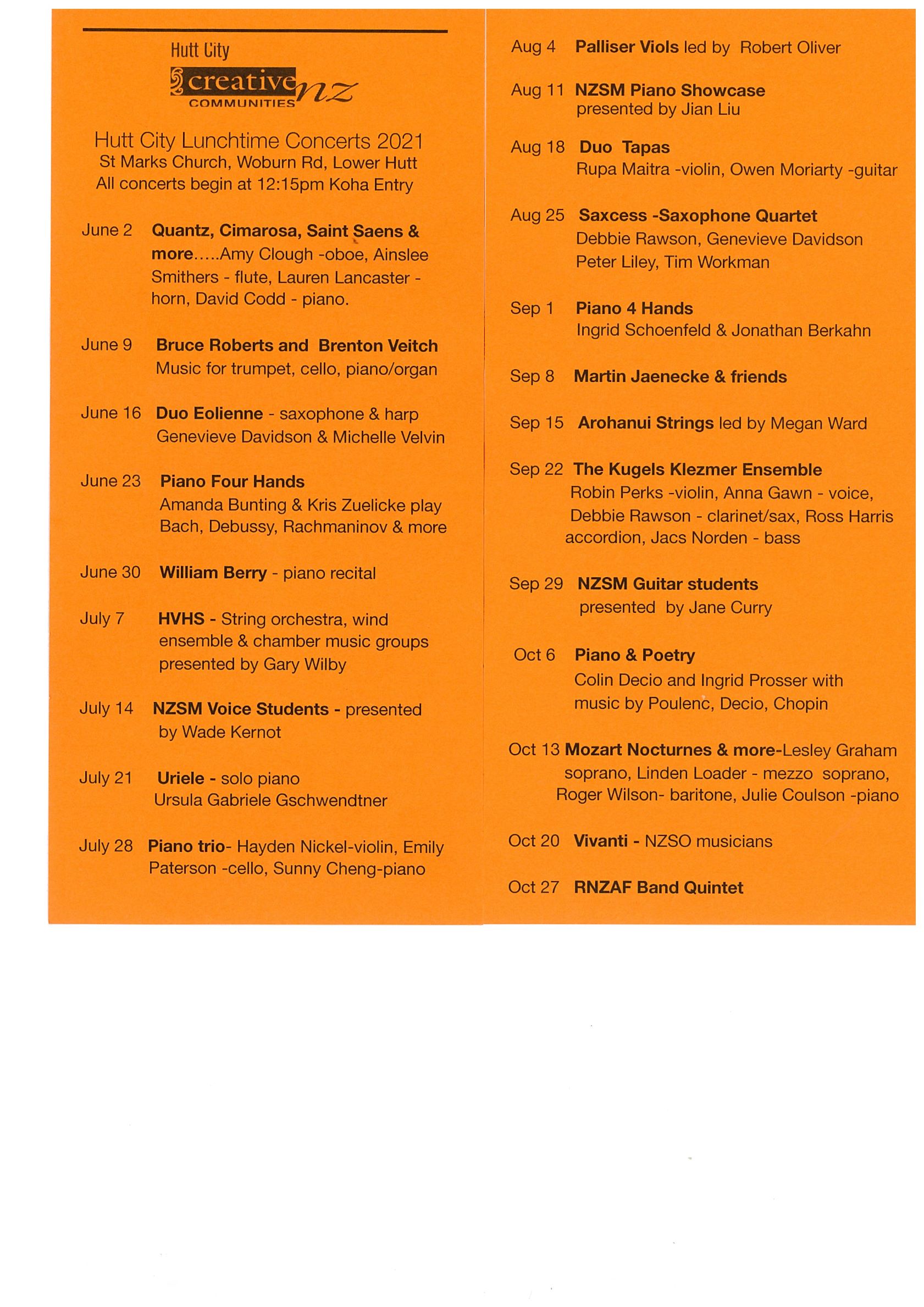 Combined English Services are held on Sunday at 10.00am.

Morning tea after the morning service.
(On a few occasions services may be combined with other congregations in the Hutt City Uniting Congregations – these occasions will be notified in the Monthly Newsletter).

Communion – First Sunday of the month

Samoan Sunday School – Every Sunday after children’s story time from March to August.

Taize Service – First Sunday of the month at 7:30pm

Prayer Meeting – Wednesday at 7:30am in the Wesley Room. We begin with a time of prayer and then breakfast afterwards. Anyone from the parish and the community is welcome.

(from Wikipedia)
The TAIZE community was founded in 1940 by Frère Roger (Brother Roger), who remained its leader until his death on August 16, 2005. The ecumenical community is made up of more than a hundred men from many nations representing Protestant and Catholic branches of Christianity. Life in the community focuses on prayer and Christian meditation. Young people from all over the world visit Taizé each week to join in the community life.

The community, though Western European in origin, seeks to welcome people and traditions from across the globe. This internationalism is reflected by the music and prayers where songs are sung in many languages and increasingly include chants and icons from the Eastern Orthodox tradition.

At the heart of Taizé there is a passion for the Church. That is why the community has never wanted to create a “movement” or organisation centred on itself, but rather to send the young back from the youth meetings to their local Church, to their parish, group or community, to undertake, with many others, a “pilgrimage of trust on earth.” In many places across the world, ecumenical prayers using music from Taizé are organised by people, young and old, who have been in touch with the community. These times of prayer are very varied and are integrated in appropriate ways into the life of the local Church. The community’s website provides reflections, prayers, songs and news of the “pilgrimage of trust on earth”.

Since Brother Roger’s death in 2005, the prior of the community is Brother Alois, a German Catholic, who was appointed by Brother Roger to be his successor eight years earlier.